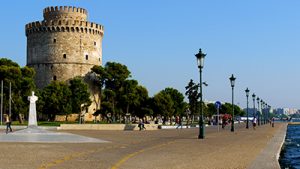 The symbol of the city is the White Tower. It dominates the beach and now houses, as a museum, magnificent collections concerning the Byzantine history of Thessaloniki. It was built in 1500 AD. about and was part of the city’s defense system.

The City is modern that has maintained its human face. The contemporary element blends in well with history, as it is depicted in archaeological sites, in its Byzantine churches, in its interesting monuments. The city is vibrant all the time of the day, and especially in the evening it gets a different color, as the city is known for its quality entertainment.

Aristotelous Square, the main square of the city with monumental mansions, designed by the Erbar Commission after the devastating fire of 1917. It is one of the largest and most impressive squares in Greece overlooking the Thermaic Gulf, while the atmosphere is Mount Olympus can be seen.
On the seaside boulevard of Nikis (old beach) extending from the port of the city (on the D) to the statue of Alexander the Great (on the A), with many cafés, bars and shops. It is one of the most popular walks for residents and visitors.
At the White Tower, the city’s “trademark”. The fortified cylindrical tower with a height of 33.9 m and a diameter of 22.7 m. Built on Suleiman II the Magnificent around the end of the 15th century, it was part of the seaside fortification of the city and later used by the Turks as a place of execution (it was called Canli Castelli, which means “Blood Tower”). Its present name was taken in the 19th century. Inside, there is an exhibition on the history of Thessaloniki from its establishment until 1922.
In the palace complex of Galerius, which includes the Octagon (intended for a throne room) with the famous mosaics, the Nymphaeum, the arch of Galerius, known as Kamara, built in 305 AD, and the imposing Rotonta, the circular domed building with impressive Early Christian mosaics (late 4th century)
In the Ancient Agora, which functioned from the 3rd century. e.g. until the 5th c. A.D. The town’s market, mint, conservatory, a hall that looks like the city’s archive, part of the ballroom, with baths, taverns and prostitutes, as well as many mobile finds have been unveiled.

ThessalonikiTaxiTransfers undertakes your transfer from Thessaloniki with comfort and safety. First of all, our fleet – luxury Private cars or Minivans is always clean and well-maintained. Our drivers are always polite and helpful, as they are always willing to indulge the needs of the passengers. In conclusion, the quality of our services aims to offer a safe, comfortable and reliable journey.

Our driver will wait at the airport with a sign board with your name on. It is important to us, that you and your family will feel safe from the moment our driver will pick you up till you get to your destination. 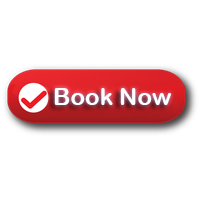 יידיש
We use cookies to ensure that we give you the best experience on our website. If you continue to use this site we will assume that you are happy with it.Ok